Yeah, I know, I see 'em; they're very big. Well, it was fun. I'm gonna go take a nap now and then I think I'm gonna call, uh, some hospitals.

I have been helping a lot with the poopers lately.  My painting projects have been suffering due to this.  I did start a 15mm WW2 desert project recently.  I found a set of rules that work very well for company level skirmishes.  It is called Manouvre Group.  Earlier this year I picked up a PdF copy of Operation Compass from Too Fat Lardies.  It is a scenario book that focuses on the early actions in North Africa.  The opponents are Italians and the various British allies.  There is quite a bit of action and fairness to be had.  I love the Italians in WW2.  So I decided to give in and paint up some Italian vehicles.  Here is the first batch of stuff.  I have another M11/39 batch on the way. 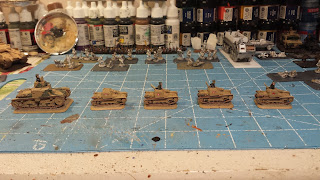 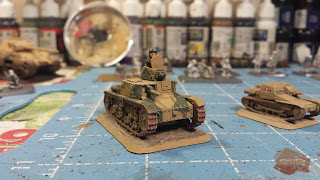 This is the M11/39 Italian tank.  It was already obsolete when it got to the desert.  Italian tankers still carried on and used it anyway.  The tank is an odd design.  The 37mm gun in fixed in the super structure of the hull.  It can only traverse 15 degrees to the right or left.  The turret has double machine guns.  The idea was that the turret could engage enemy infantry while the main gun blasted tanks.  It seems like a good idea because (in theory at least) the crew could fire both weapon systems at the same time.  The outcome was pretty bad.  The TC had to much to do.  He had to direct the tank, spot enemy tanks AND infantry and watch the command tank for flag signals.  These tanks had no radios.  The crew compartment was also very cramped.

To add to this dreary tank the hull plates were riveted together.  Every time a round hit the tank (and did not destroy it completely) the rivets would come undone and bounce around inside the tank.  It was a death trap.  As a tanker myself I felt very confident in the M1A1's ability to defeat any round thrown at it.  These tankers knew they were out gunned by the British.  They soldiered on with that knowledge.  This camo pattern is one of several patterns used by the Italians.  There is a recognition marker on the back of the turret of the Italian flag.  I refrained from putting other designations on the tank because all the photos I could find did not have many marking at all. 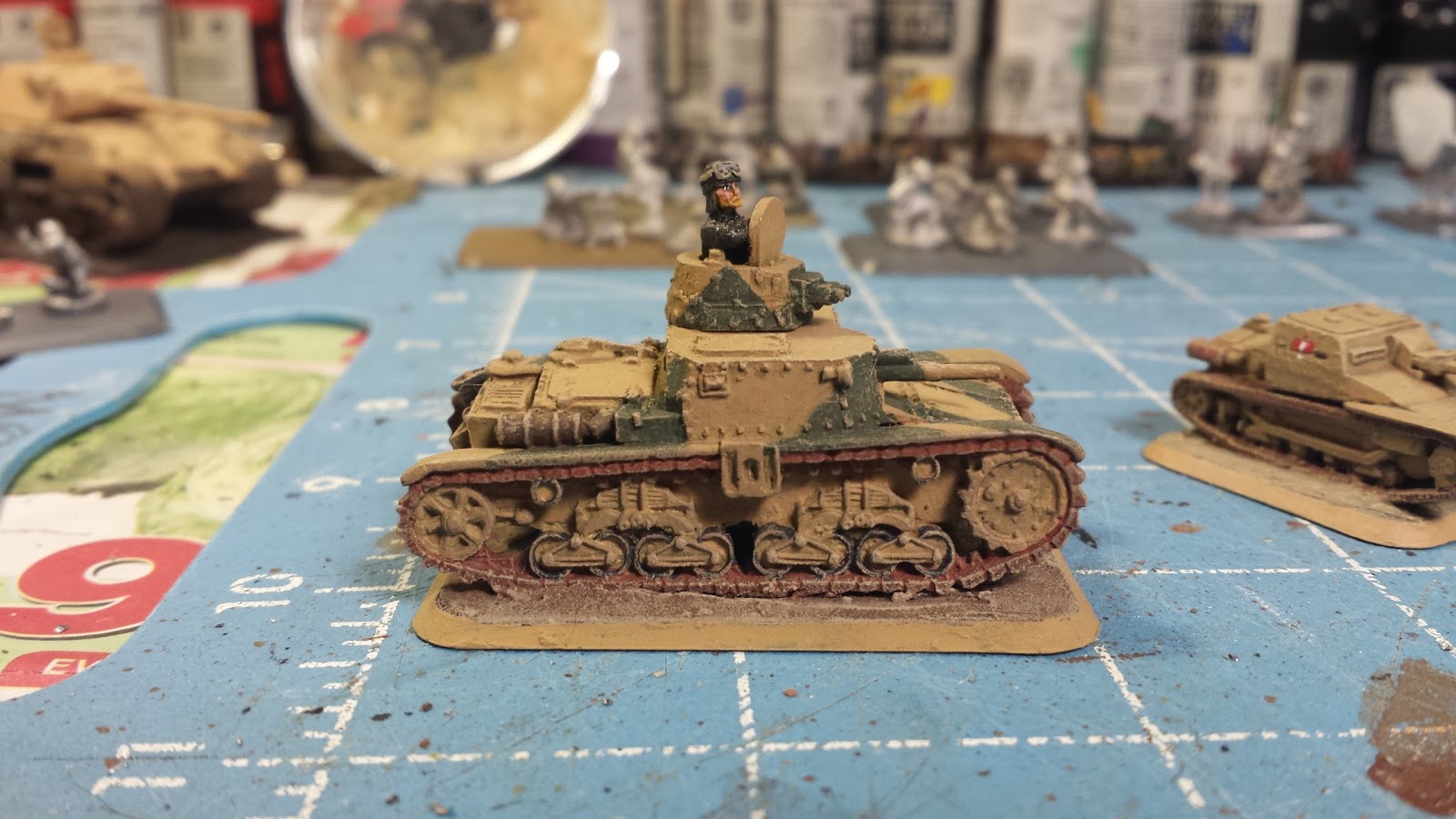 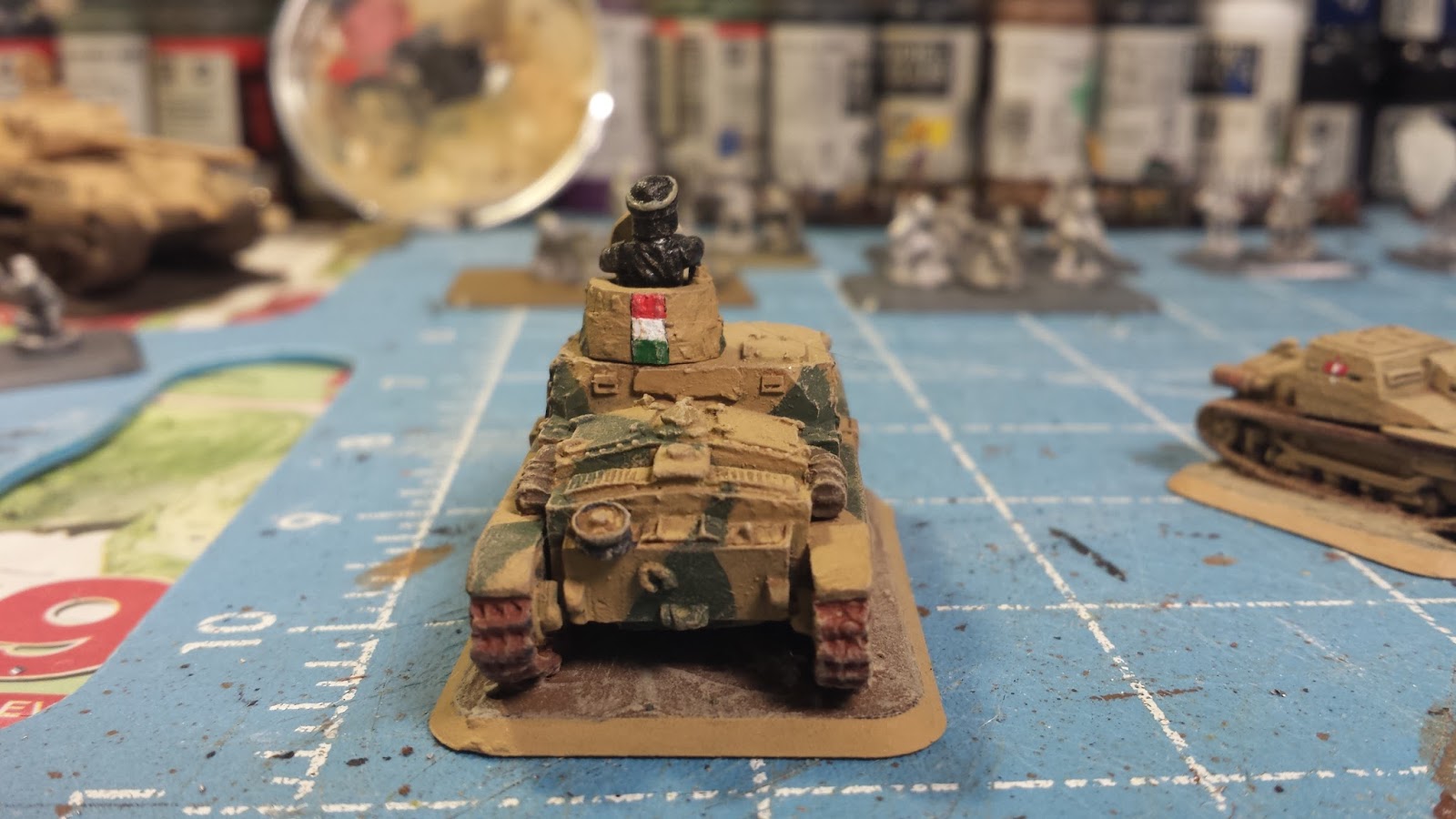 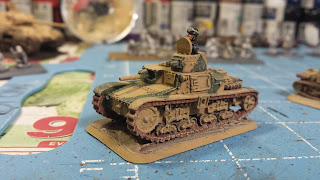 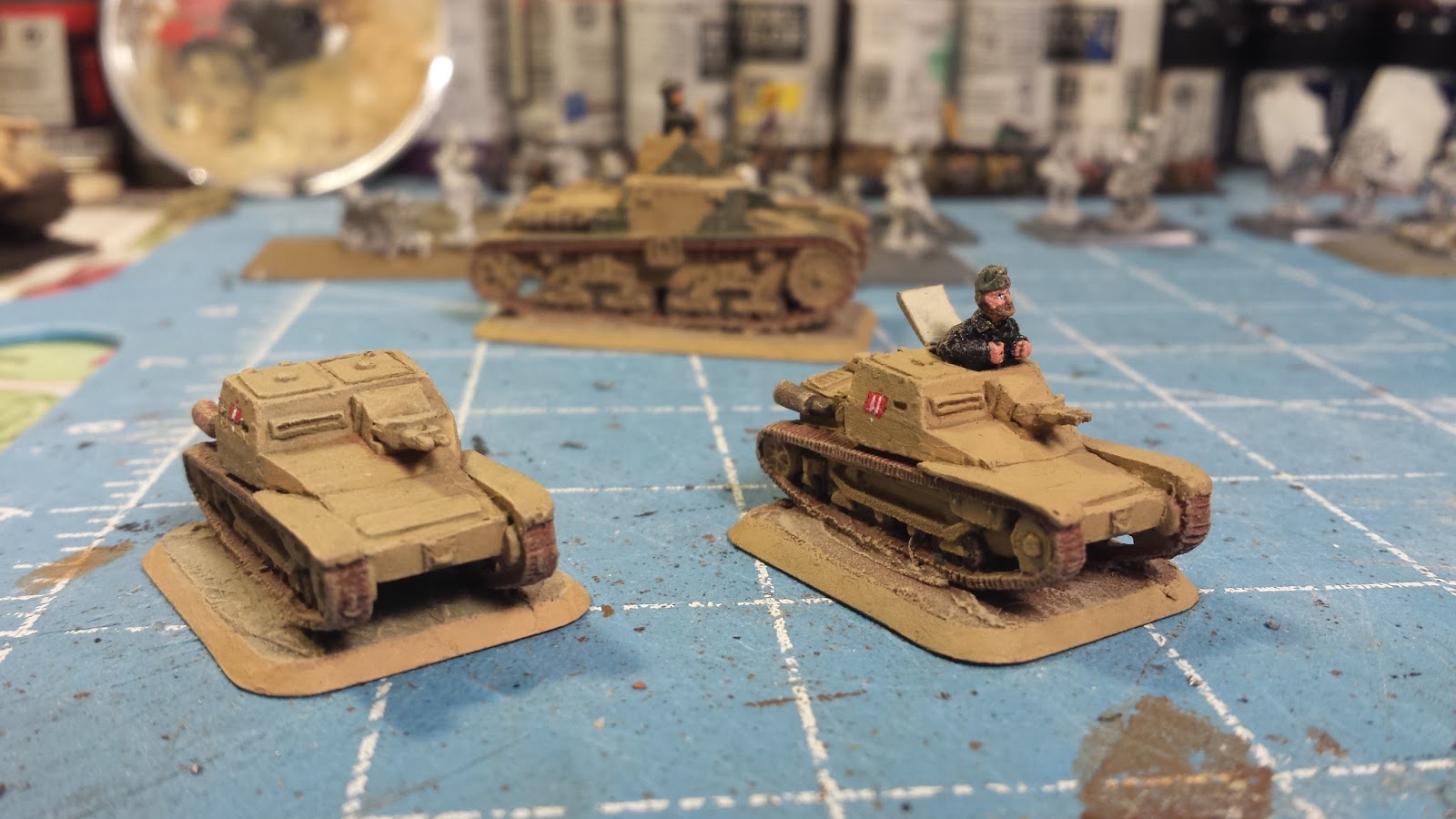 This little guy is a L3/35 tankette.  It has twin machine guns.  This vehicle is even worse than the M11/39.  The L3/35 code stands for Light 3 ton / 1935.  It is a light 3 ton tank made in 1935.  You can imagine the M11/39 stands for Medium 11 ton tank made in 1939.  The M13/40 and M14/41 follows the same pattern.  The Italians were not that creative with their vehicle names.  None of them had nicknames.  Well, the 75mm Semovente tank destroyers had names.  Those vehicles had positive accounts from the Italians and even the Germans.  What is interesting about this little tankette is that men drove these into combat against Shermans and Grants. 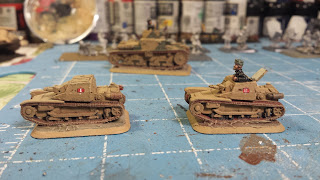 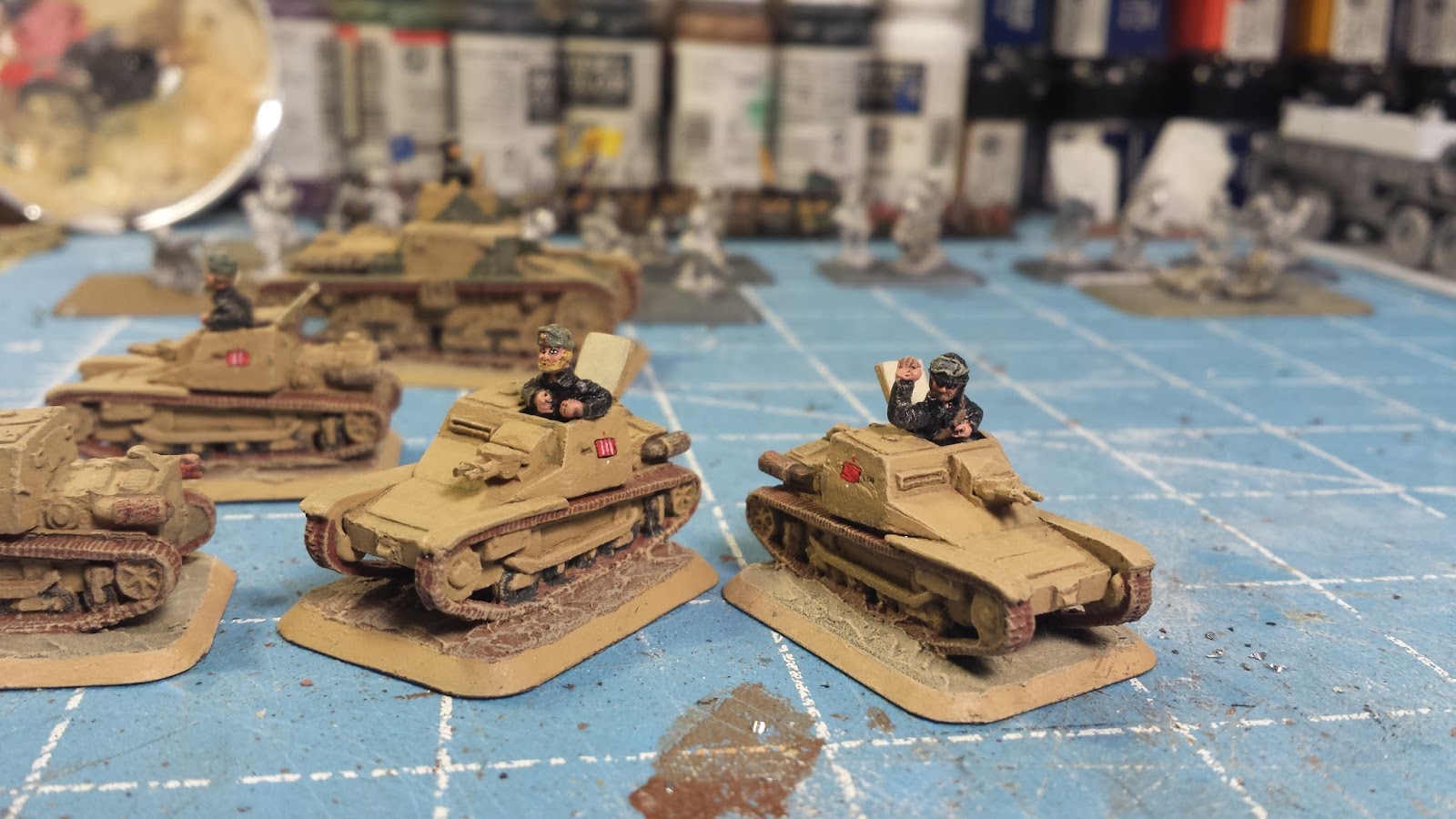 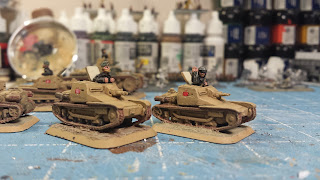 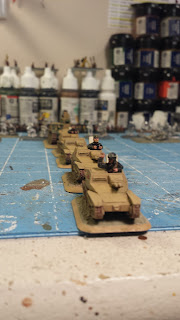 I gave into impulse and bought a few things for my Italian and Silicy campaign.  These unpainted tanks are Panther V Ds.  I am going to go into more detail with them later.  I made them very muddy. 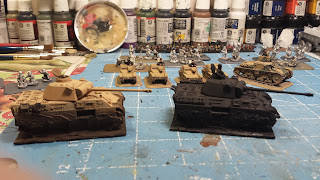 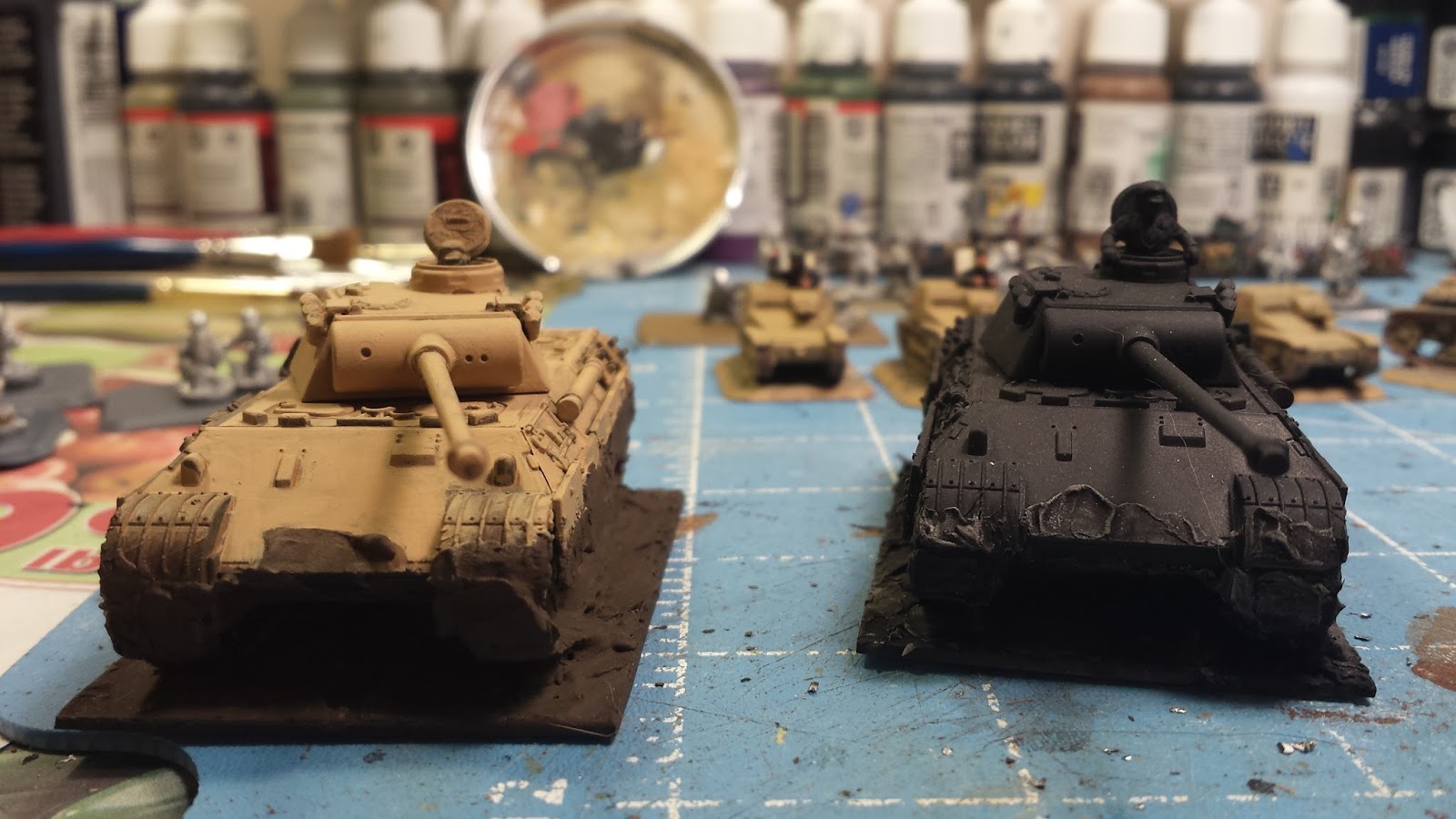 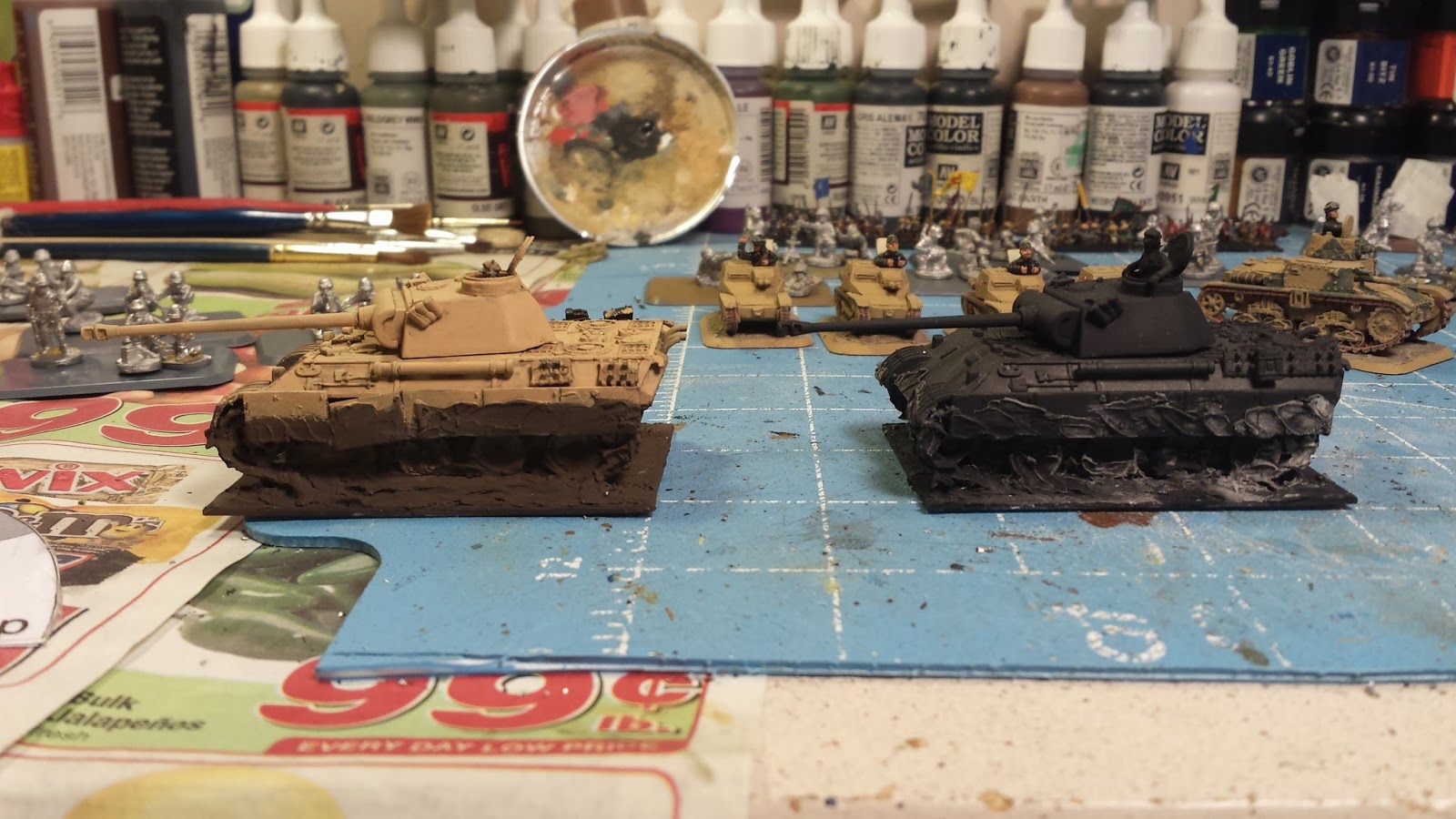 I played my first game of DbA 3.0 this Saturday.  One guy was very interested in it.  He used to play it with his dad when he was a kid.  The game was between Ming Chinese and Athenian Greeks.  I converted my Irregular Wars troops over to DbA standards.  I got some of my other 6mm forces for Irregular Wars in the mail recently.  I was disappointed because the models were about half the size of the Baccus models.  The company is called Irregular for a reason.  I am tempted to return them.  They are just to small for me to use.

The battle was a close.  My opponent rolled multiple ones for PiP initiative.  The dice gods were nice to me.  I rolled 4 sixes in a row!!  He could not clean up his lines after they had been disrupted by crossbow fire from the Ming.  My take away is that putting your troops in column can make them much more flexible for where you will battle.  Artillery is very strong when assaulted by cavalry.  I felt like we did something wrong there.  The game was a blast, and I look forward to playing again.  I have a Later Nomadic Mongol army that is currently being assembled for play.  They were racial enemies of the Ming. 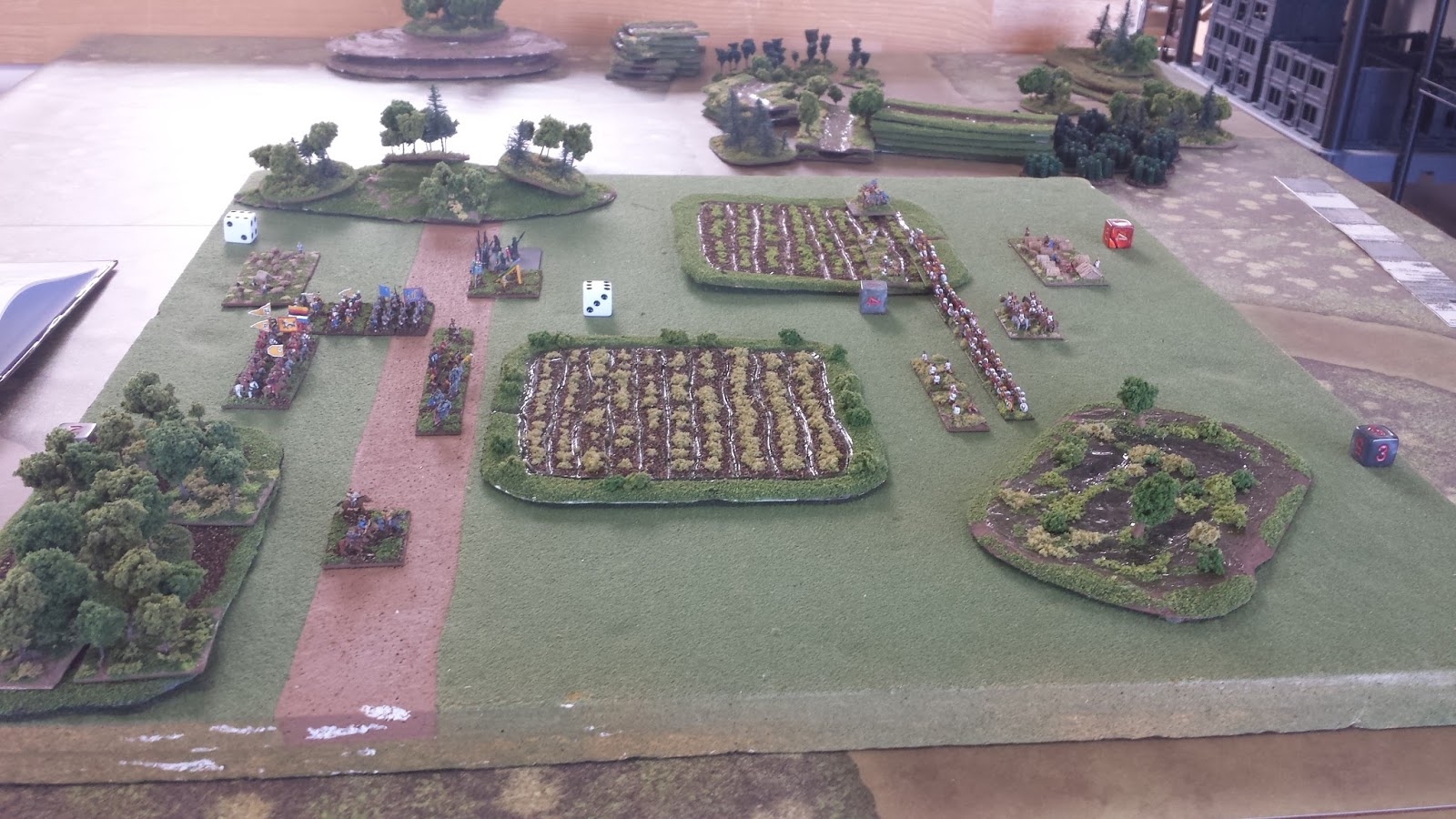 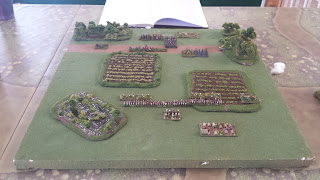 The Greek setup.  The fields did not affect movement. 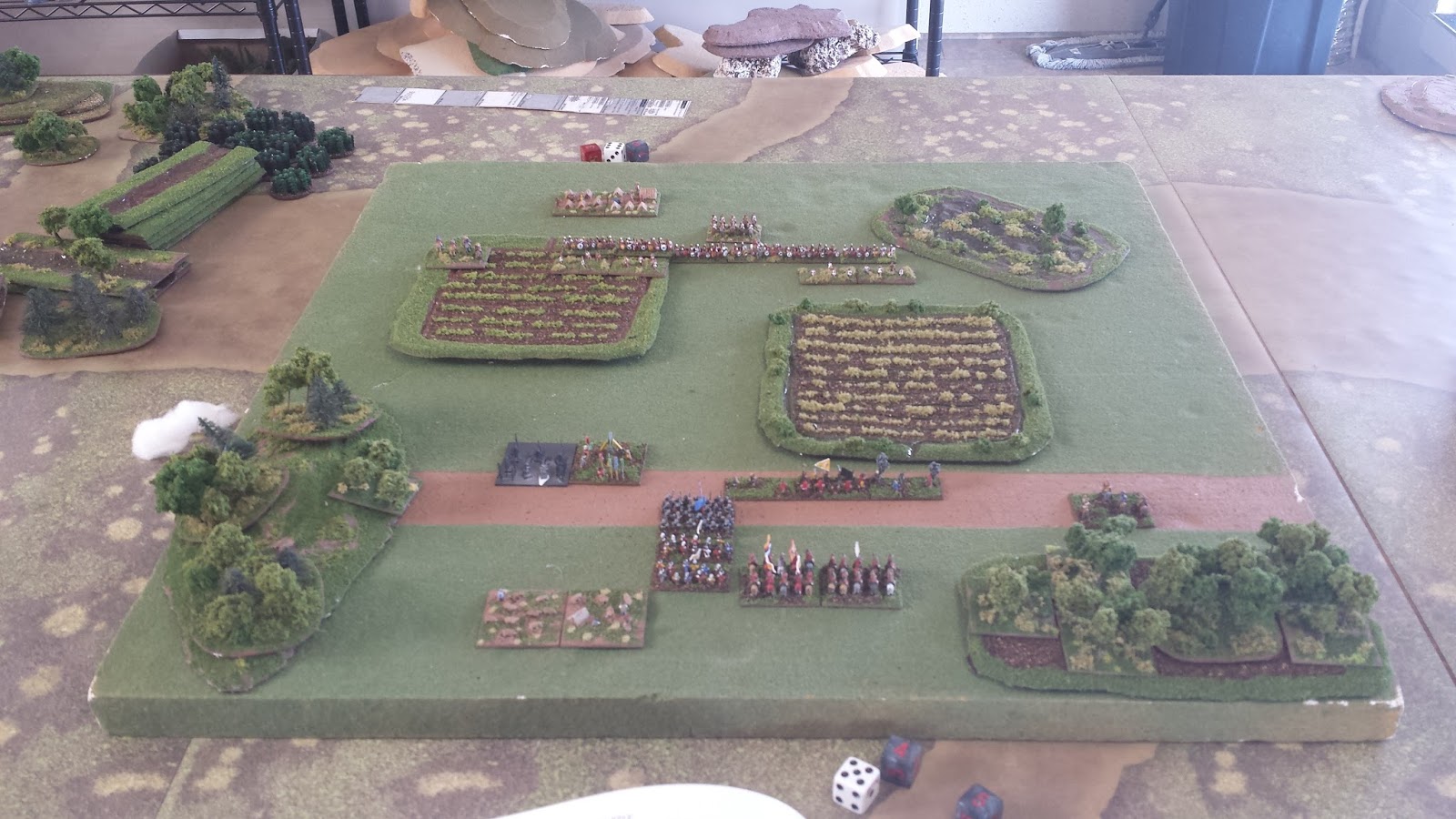 The Ming setup.  My Ming forces eventually won.  I got luck due to the Greeks low PiP dicing and strategic application of ranged fire.  It disrupted his battle line enough that the fight was even instead of my blades being overlapped. It was a very close game and I am sure my friend will do better next time.

Posted by NerdWargamer at 5:31 PM No comments: