Handguns and other stuff

Whew.  Work has been all consuming.  I have not had any time to make an entry.  That is mainly my fault.  If you want something to happen you have to make time.  My wargaming interests have gone back to their roots.  Well, my roots are Warhammer 40k.  I will never go back to that money sponge.  I try so hard to like 28mm models.  I really wanted it to work as a passion but alas... it failed.  My 28mm Blitzkreig Germans were sold on eBay.  I still have my ancients.  They are sitting on my work space for all eternity.  I really, really, really want to like 28mm models.  6mm models always seduce me with their grandeur and sense of depth and scale.  Like I said I went back to my roots.  My goal of having one game for each genre has been met.  I have chosen to stick with DbMM for ancients, Epic Armageddon for sci fi and Spearhead for WW2.  All of these games are fairly simple in the mechanics department.  Epic is a little fiddly with a few bits here and there.  That is quite a relief because I do not have the means to keep buying new rules whenever a new set catches my eye.  I suppose I could try and squeeze in Piquet Hostile Realms onto the list.

I bought a handgun near the end of July.  I did this because of all the crime I have witnessed in Salt Lake City.  I tried to stop a shop lifter after he stole a woman's purse.  Okay.  It seems silly to pull a gun on a thief.  I have also seen lots of drug deals while at work and at the apartments where I used to live.  I watched two groups of teenage boys start a fight.  My family was 10 feet away from the incident.  They started to pull knives.  Two cops were shot and killed in 2013 in the Salt Lake valley.  I do not feel very safe here.  I am also worried about the safety of my daughter and my wife.  I plan on getting my concealed carry.  I take my handgun with me everywhere I go.  Utah allows open carry with no permit if your firearm is in a visible holster and 2 actions away from firing.  Here is my handgun: 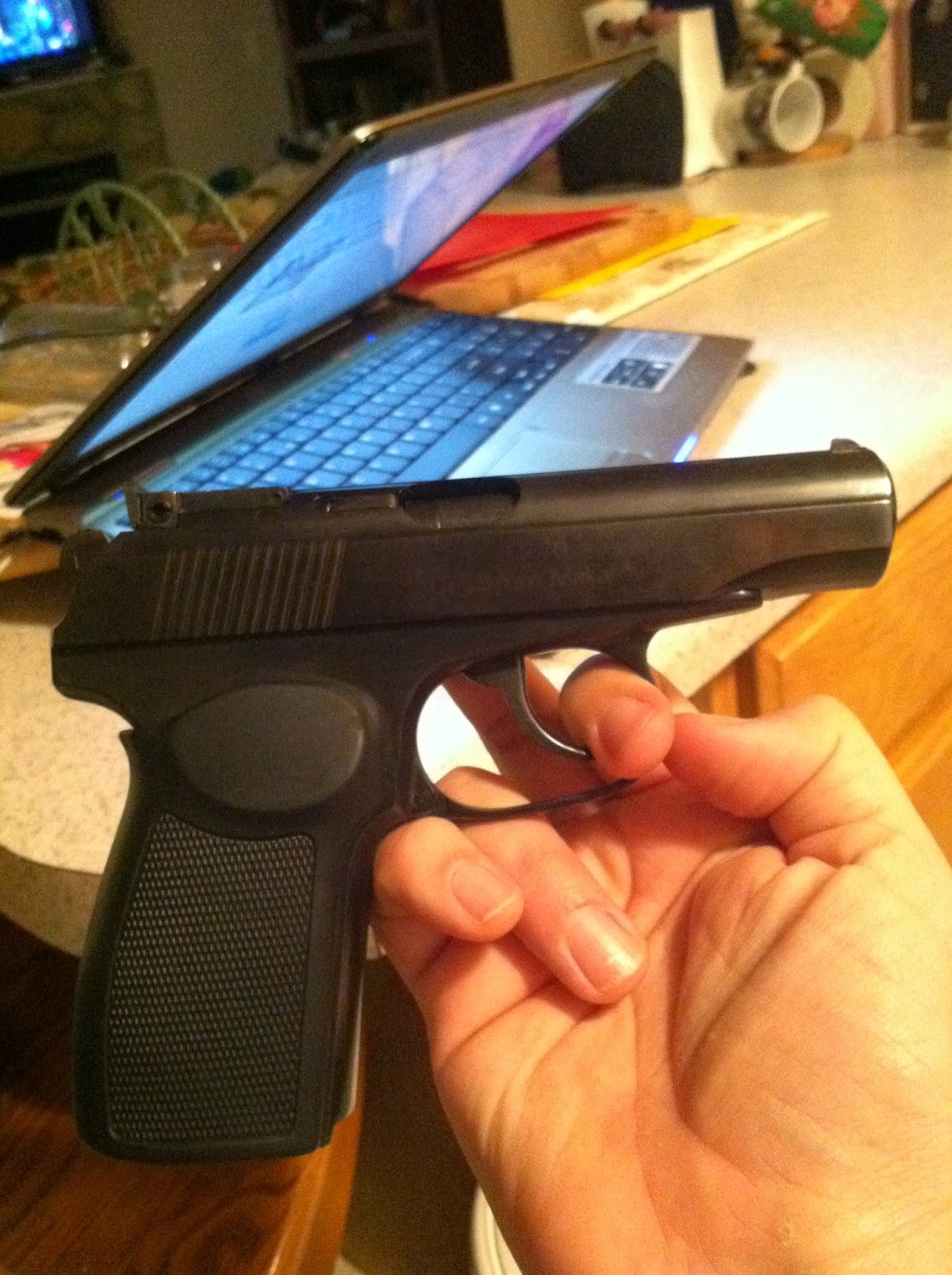 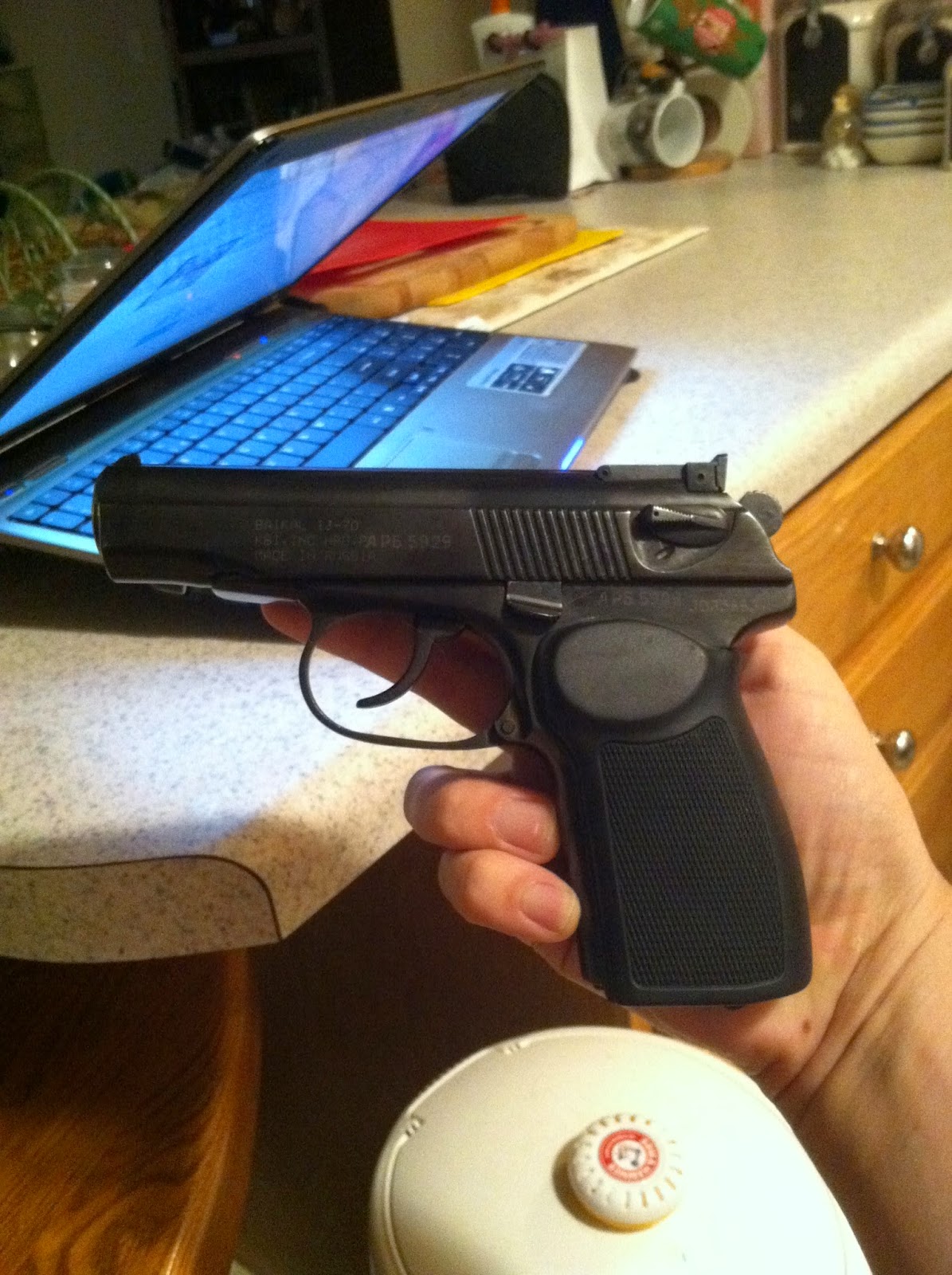 This is an IJ-70 9 x 18 Russian Makarov.  This pistol has very few moving parts.  It is a blow back design.  That means that the force of the round sends the slide back to eject the casing.  The monster honking spring then pushes the slide back into firing position.  The pistol is known for it's reliability.  I have fired it at the range.  It does have some kick but it is fine.  I really wanted a Russian Makarov but figured I would never be able to afford one.  Luckily for me I traded my black powder rifle and $100  for the pistol, custom grips, 3 functioning magazines and a case.  The guy selling it wanted $313 for the entire thing.  That seems a little low to me but maybe that is due to the fact that this is not actually a military issue Makarov.  There are few differences.  The major one is the adjustable sites.

I do not want to be a victim.  I carried a weapon in the Army and feel very comfortable carrying one (or sticking it in my glove box).  There have been so many shootings lately.  I want to protect myself and my family.  What I am not trying to do is be a gung ho gun fanatic.  I was not like that in the Army and nothing has changed.
Posted by NerdWargamer at 7:10 PM No comments: